There are many engineering wonders in this district. A tour to those wonders will educate the visitors and help them gaining knowledge. These are of immense importance to commerce, transport and development. Besides providing knowledge and amusement, these great engineering works reveal how they helped the district to scale new heights. 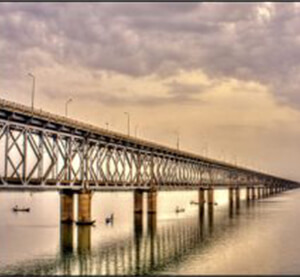 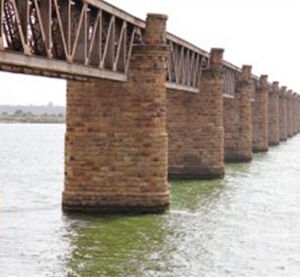 THE HAVELOCK BRIDGE This old Godavari Bridge is also known as the Havelock Bridge which served trains passing between Howrah and Madras. It is the earliest of the three bridges that span the Godavari River at Rajahmundry. The construction of the bridge commenced on Nov 11, 1897. It was named after Sir Arthur Elibank Havelock, the then Governor of Madras. Now it’s finally planned to be converted into a tourist spot.

ARCH BRIDGE The Godavari Arch Bridge was actually built to replace the Havelock Bridge. Its construction began in 1991 and lasted till 1997. It became fully operational for running trains from 2003. It is the latest of the three bridges that span the Godavari River at Rajahmundry. The bridge is located in two channels, the Kovvur channel and the Rajahmundry channel, and it is also known as the Kovvur –Rajahmundry Bridge. 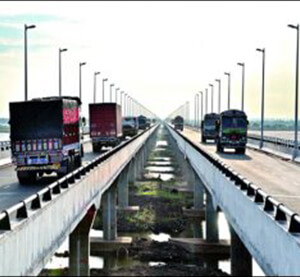 COTTON BRIDGE The Dowleswaram Barrage was built on the river Godavari under the supervision of a British irrigation engineer Sir Arthur Cotton in the year 1850. It is still considered as one of the engineering marvels.